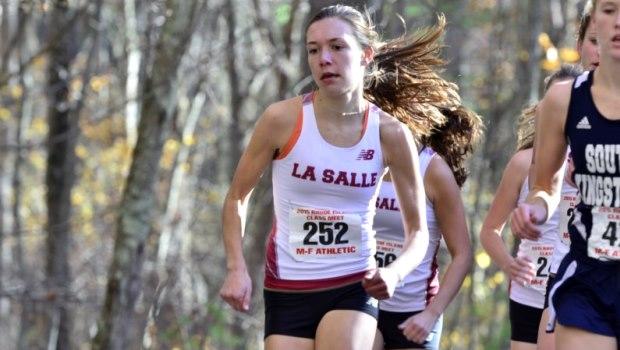 Ever since she was a freshman, Eliza has been one of the top distance runners in the state. Last year, she won three individual state titles, taking the 1,500m and 1,000m during the indoor season and the 1,500m on the outdoor surface. On Sunday, she'll be looking to finally win one on the cross-country trails. This past Saturday, Eliza finished second to South Kingstown sophomore Ellie Lawler in the Class A meet where she ran a season best off 18:01.51. She also won the individual title at the Maine Festival of Champions and was fourth in the Eastern States' race of the Manhattan Invitational. Right now, Lawler appears to be the only runner standing in the way of Eliza breaking the tape. She has proven she can run fast on Ponaganset's covered-bridge trail where she had a short-lived course record of 17:47.08 with her victory in the Class A race as a sophomore. More than likely she will have to run faster than that time to secure a victory. It's something she is certainly capable of doing.