During the next few weeks, MileSplit RI will highlight the athletes (boys and girls) we feel to keep an eye on this season. Among the top 14 boys at last year's state meet, seven are gone to graduation. For the girls, just three have graduated. The competition will be stiff once again. Both of our returning state titlist, La Salle Academy junior D.J. Principe and Barrington senior Emma McMillian will back on the trails with McMillan aiming for a record, fourth consecutive individual crown. 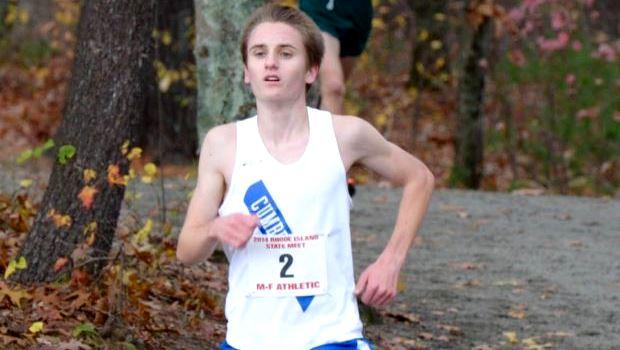 La Salle Academy has potential to claim the top three positions at this year's state meet. But one runner we feel that has the best chance to break up the party is Laverty. The Clipper all-stater was sixth at last year's states. He recorded his all-time best for 5K of 15:39.94 at the Brown Invitational where he finished tenth in the championship race. Laverty steadily improved since the X-C season where he specialized in the 3,000-meter run on the track oval, running a best of 8:43. He was fifth in the event at the indoor state meet and fourth this past outdoor season. Laverty will be competing on a team that is ranked No. 3 pre-season by MileSplit. In other words, he has the team members that will push him during practices and prepare him for the elite competition he'll face most weekends. One of Laverty's biggest strengths is his confidence. He is not afraid to challenge the lead pack, and with a year more of maturity the time could be right for a special performance at the early November state meet.