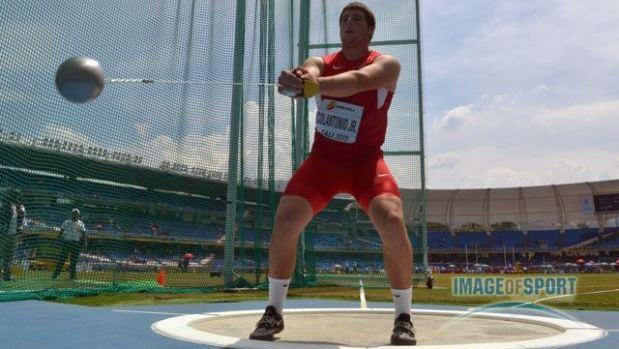 Competing in the 6kg hammer, Kelly was fifth overall with a heave of 226 feet, 9 inches. Colantonio was seventh with a distance of 218-09. Mansilla Humberto of Chile was the overall winner with a toss of 263-02.

The Pan Am Juniors mark the end of national and international meets for Kelly and Colantonio this summer. Both have achieved quite a bit of success the past two months. Kelly, who is heading to Princeton this fall, captured individual titles at the New Balance Nationals, Caribbean Scholastic Invitational and Chicagoland Thrower Series. He was also second at the USATF Junior Nationals. Colantonio, a senior-to-be for the Eagles, earned victories at the Junior Nationals, Youth Nationals, Hershey Junior Olympics and World Youth Trials, He was a second-place finisher at NBN and was also fifth at the World Youth Championships.