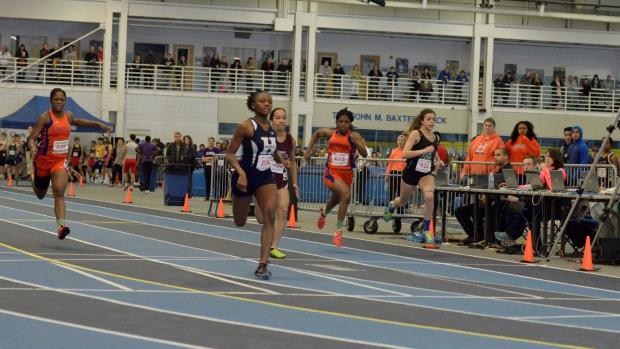 Throughout the week, RI MileSplit will feature some of the top athletes that will be competing at the New Balance Nationals Indoor Championships this weekend (March 13-15).

No doubt when she graduates in June, Hope's multiple all-stater and record-holder Quashira McIntosh will do down as one of the greatest sprinters the state has ever produced. Quashira has added to her legacy with quite a bit of success on the regional and national scales, too.

Quashira is entered in the 60-meter dash and 200m. Her best chance to place high would appear to be the longer race. Right now, the Blue Wave speedster is ranked No. 5 in the country after a state record of 24.32 seconds, which she did last week to win the 200m crown at Eastern States Championship at The Armory. In that race, Quashira won by a shade over a half a second.

Lauren Rain Williams, a sophomore from Lakewood, Calif., has to be considered the favorite with her nation No. 1 clocking of 23.39. She's the only sprinter to break 24 seconds. But Quashira certainly has potential to make it to the podium with the right kind of race. She also likes the banked oval of The Armory, a place she's had a lot of success during her career.