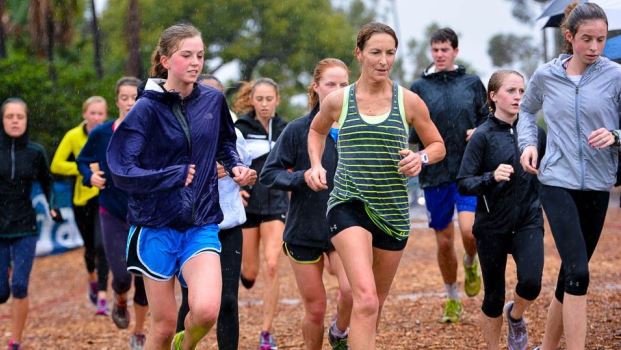 Emma McMillan will put an appropriate close to the cross-country season Saturday afternoon when the Barrington High senior competes against the best runners in the nation at the Foot Locker Championships.

McMillan, who captured her third straight state title last month with a season-best time of 17 minutes, 47.87 seconds, is just the second girl to qualify for the national meet (formerly called the Kinney Nationals), which is held at San Diego's Balboa Park. Portsmouth’s Laura (Turner) O’Hara earned a berth to the meet in 1996 and 1997.

“It’s really cool,” said Eagle coach Anne Marie Marino, who made the trip out west with her star runner. “She has really been pumped up for it. She’s working hard. It’s just amazing for her running with some of the top girls in the country that she has followed on MileSplit (and other media sources). She’s ready.”

McMillan, a third-place finisher (17:51.2) at the Foot Locker Northeast Regionals on Nov. 29, less than a second behind last year’s FL runner-up Hannah DeBalsi of Staples, Conn., is ranked No. 13 in the field, according to MileSplit’s rankings.

“She’s a little modest and said she just doesn’t want to finish last,” Marino quipped. “I would love to see her top 15 or even top 10.”

San Diego has been hit with quite a bit of rain the last few days, but clear skies are expected on Saturday for the 12:15 p.m., EST start. Marino indicated Balboa Park will be a little challenging for the 40 runners that will be toeing the line in each race.

“The course is muddy and hilly,” she said. “This will work to (Emma’s) advantage. She’s a strength runner.”