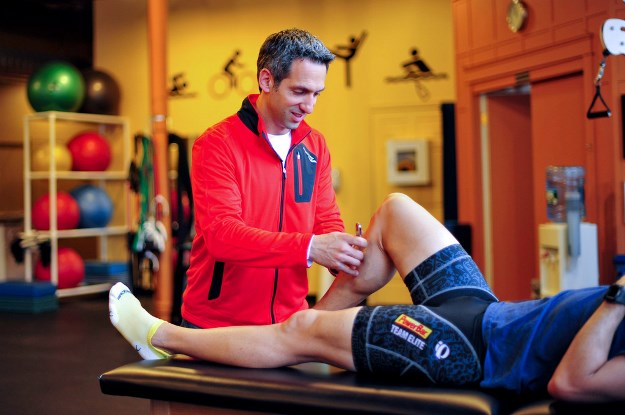 Based on statistics, football leads the list when it comes to injuries in sports. While that may be true, running may not be too far behind.

Silva, is the owner and president of FOUNDATIONperformance, one of the leading providers of orthopedic physical therapy and performance-enhancement services in New England. Since he first began his business in 2003, Silva and his staff have been a busy crew when it comes to treating running-related injuries.

“We treat everybody in our business,” he said, “but more than 50 percent of our clients are runners.”

MileSplit RI had a chance to sit down with Silva back in September at his Pawtucket location. He also owns facilities in Warren and Plainville, Mass. Silva is one of the most respected in his field when it comes to getting runners back on their feet again. Among his long list of clients are several top-level high school and collegiate runners and about a dozen Olympians, including current American 5K record-holder Molly Huddle.

In other words, when Silva talks, it may be worth it to listen. The following is a Q&A with the FOUNDATIONperformance owner, one of the best in the business.

MileSplit RI: Just like any other sport, there is a certain level of pain that comes when you push your body to the limit to obtain maximum benefits. How can you determine whether or not that pain comes with the territory or is associated with a potential injury?

Silva: There may be muscle discomfort with training, but that goes away when you stop and some muscle soreness the day after is normal as well If pain gets worse with running and it lasts more than three days, you should see someone right away, or if pain is now with walking or normal activity call and get seen. Also, if you are limping or your workouts are being affected get it checked, It’s as simple as that. Unfortunately not many runners follow that advice. 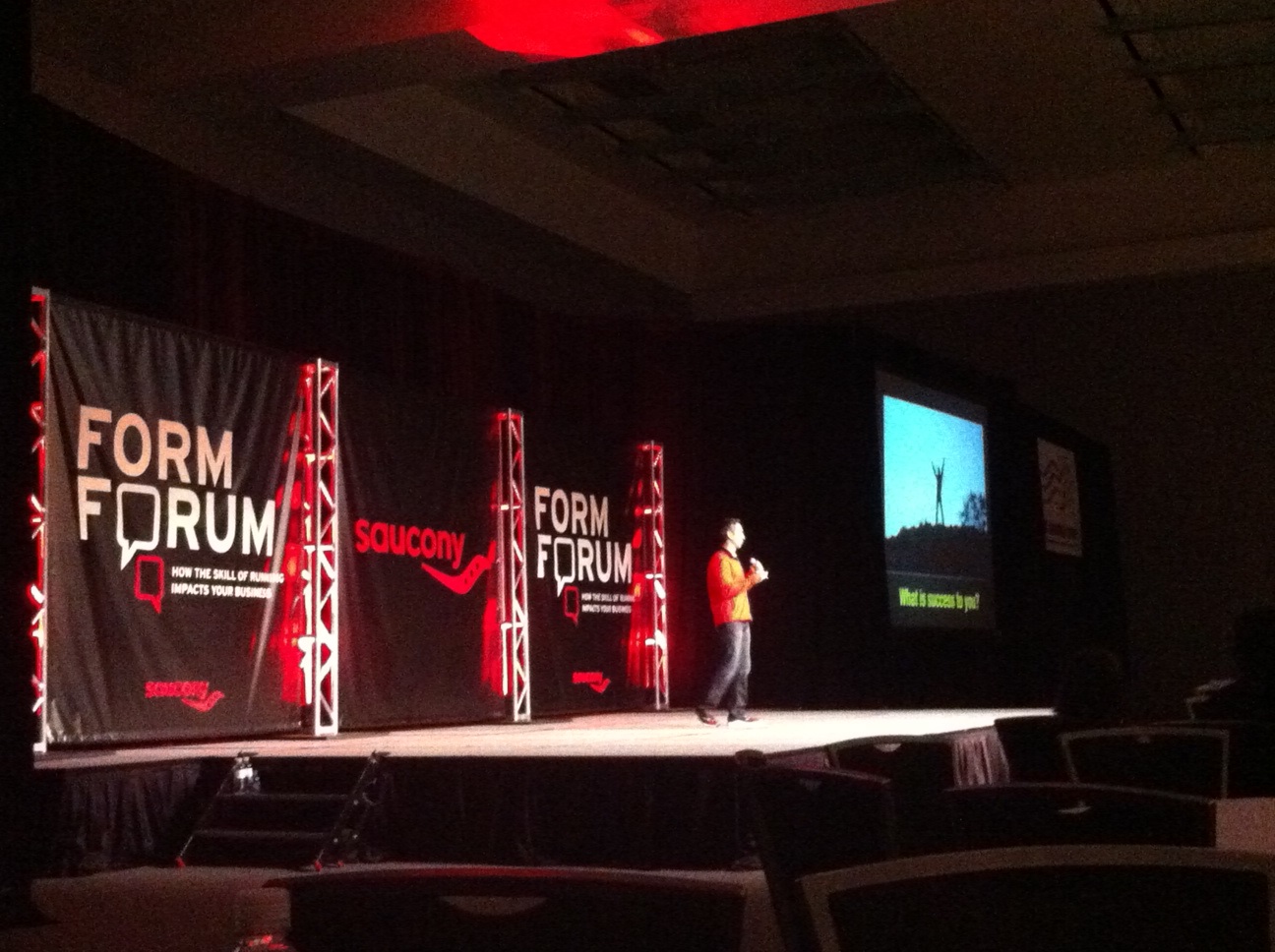 MileSplit RI: What is the most common injury among high school runners?

MileSplit RI: With the cross-country season underway, let’s talk about distance runners. Most high school athletes run an average of 30 or 40 miles a week with some even reaching 60 or 70. With this much pounding on a weekly basis, injuries are often going to occur if you’re not careful. What’s your thoughts?

Silva: Injuries are a part of the sport, how you deal with them is the key to success.  In high school, you want to do what you can to win races and win state titles, but injuries are an unfortunate part of the process of pushing your body that hard. If you deal with the injury properly, these kids have 30 to 40 years of running ahead of them. If you don’t, then you have a serious injury and running for life is gone. Distance running should be looked at as a lifelong activity at least that’s how I look at it. Whenever I treat someone, I want them to tell me when they are 50 that they took my advice and they are still running.

MileSplit RI: You have treated many high school runners over the last 10-plus years. Among the list is La Salle Academy all-stater Sheridan Wilbur, who managed to get back on track after a hip injury forced her to miss most of last fall’s cross-country season and the entire indoor track & field season. She is once again one of the top runners in the state and at the recent Injury Fund Carnival was the fastest for the 5K distance with a PR of 18:22.06. You have often stated you love working with runners. Why?

Silva: Most therapists find it challenging to work with runners because they’re “stubborn and won’t stop running”. I look at it as motivation. If I told Sheridan that if she did 12 hand-stand pushups while singing a Britney Spears song at the same time then it would make her a better runner, she would do it. If you channel that motivation and show them how PT or strengthening will help them…you got them sold. Runners will run through a wall for you if you ask them to. I was a football player in highschool, a180-pound meathead, football player and thought I was tougher than the cross-country kids. Now, I know there is no tougher athlete than distance runners.  They can endure more pain and work harder than I did. That’s why I love them.  They can take anything. 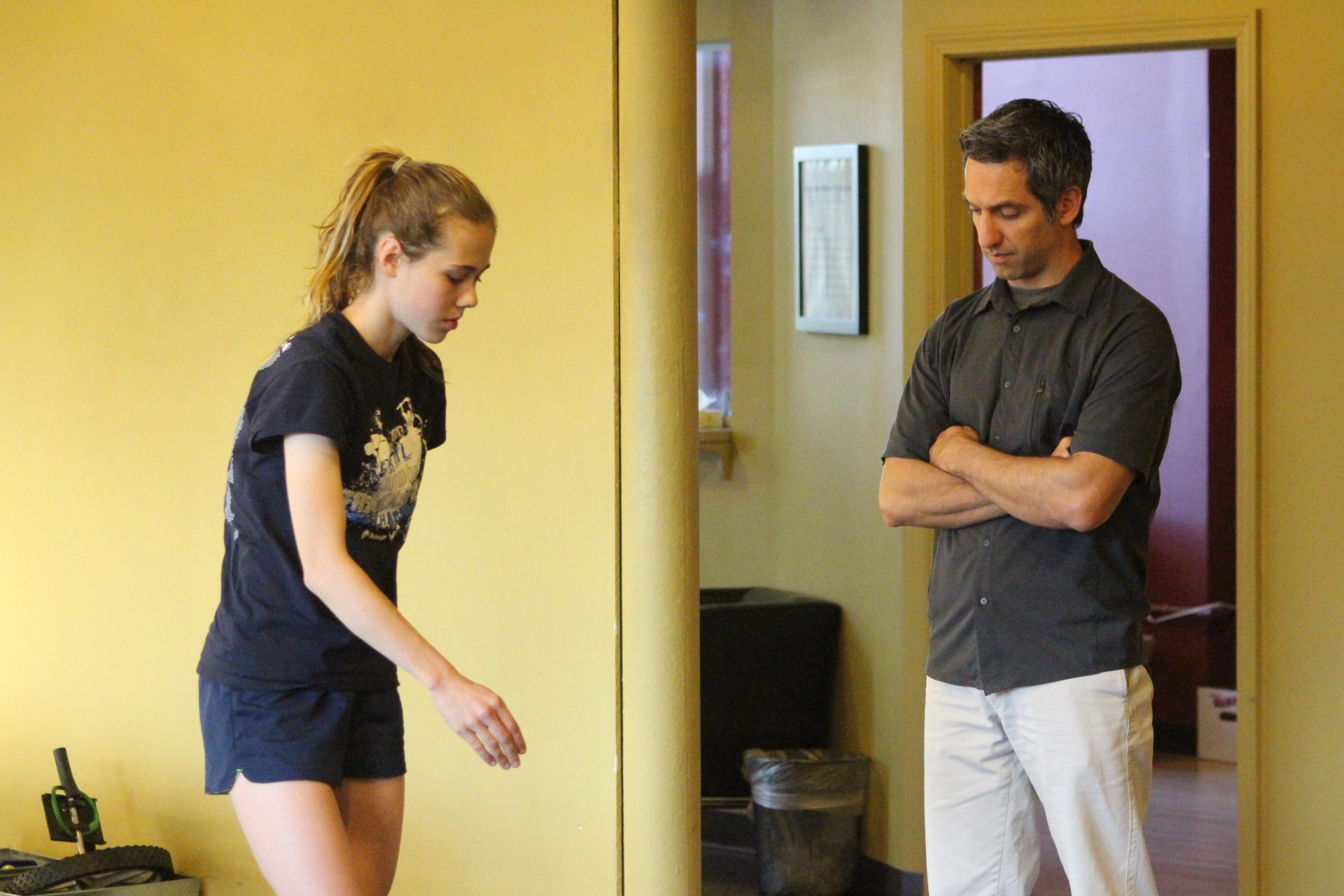 MileSplit RI: As you stated, runners are stubborn people. Often times, these stubborn people hide their injuries from their coaches for fear of cutting their season’s short. What do you suggest?

Silva: Don’t lie to your coaches or hide injuries.  If you get it fixed right away, we can get you in and out of here after a just a few visits, maybe miss a few practices. If you wait it will take a lot longer to fix.  As I say “Prolong treatment…so long season”. Right now kids are starting to get hurt. This is our busiest time of the year.  We get calls almost daily from runners who are starting to get hurt because they weren’t doing what they were supposed to all summer or they went to a running camp, got their butt kicked and never recovered from that. Now it’s the season, they are competing and they don’t want to tell their coach that they are hurt. They don’t want to miss work-outs or meets. They keep running and then it gets really bad. Now we have a bigger problem. The original problem was only part of the issue. Now they may have a compensatory issue on the other side or develop old scar tissue. Then PT will take two or three months where it could have been two or three weeks. If you are thinking “I am not sure if I need to get checked out”, then you really need to be here.   Just having that thought can indicate an issue.

MileSplit RI: What would you suggest to a runner the best way to avoid injury?

Silva: There is no magic exercise or magic formula. First, every runner should have a foam roller. Then they need to do some form of strengthening and range of motion work specific for their needs and the demands of running.  Good hydration, nutrition and adequate rest are also important. These kids have a lot of pressure, not only athletically but academically as well. They are losing sleep and you know who needs the most sleep? Teenagers. Think about the average high school athlete: going to school, practicing two to three hours after, eating a meal, going home trying to get their homework done, then getting to bed around midnight.  They are under-rested. So here it is…my closest advice to the magic formula:  Nine hours of sleep per night, drink six to eight cups of water a day, eat colorful vegetables, don’t eat anything out of an aluminum foil bag, don’t drink soda, give me five minutes of foam rolling before you warm-up, five minutes warm-up before you run, give me two strength sessions a week,  and you can hopefully minimize injuries.

Silva: It acts like a self massage. The more you do it the less adhesions and stiffness in your muscles. But also when you do that it wakes up the nervous system and gets it ready for the run. Now you got your muscles primed and ready to go. It helps.

MileSplit RI: As we stated earlier, you have treated several Olympians. Among that group are former Providence College greats Marc Carroll, Amy Rudolph, Kim Smith and Keith Kelly. Right now, the most recognizable among your clients is Molly Huddle, who recently broke her own American record for the 5K with a 14:42 effort this past summer. How did you get started treating these world-class runners?

Silva: Keith Kelly was the first elite runner that I had the fortunate opportunity to work with. Thankfully I did a good job with him and got him better. He told all the other elite runners in the area and word spread. Providence has always had a really good group of elite of runners thanks to having Ray Treacy here at PC, and I am doing my best with my team to take care of them.

MileSplit RI: Tell us about Molly?

Silva: Molly’s great.  Hard working, kind, humble, and is a beast when racing. She came to me when she moved here to try and stay injury-free.  So I helped put together a strength program for her.  When she feels something coming on she comes in and we’ll treat it and keep her training. Fortunately I haven’t seen her in about a year because she has been healthy and, as you can see if you watch the news, she is kicking butt this year. 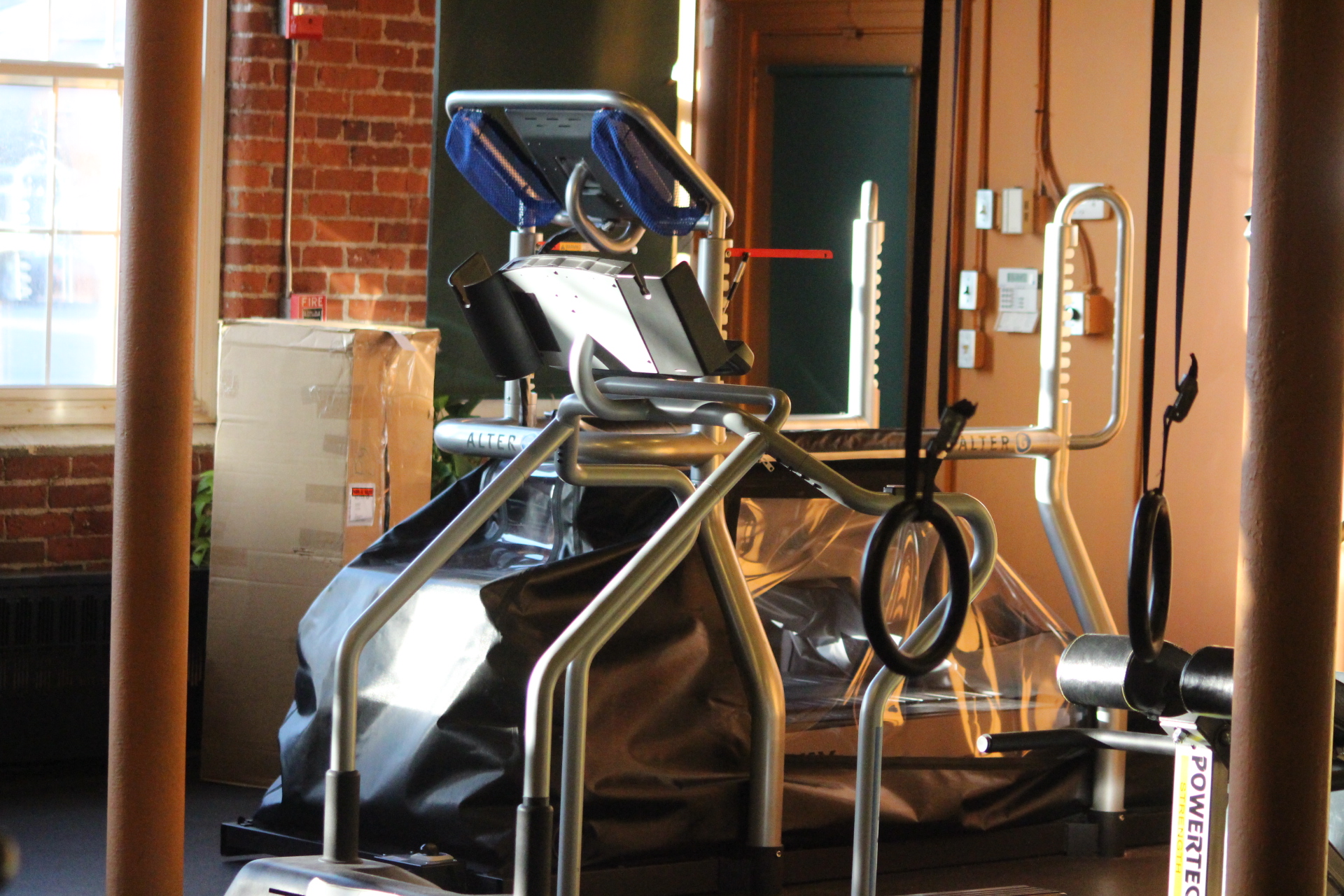 MileSplit RI: FOUNDATIONperformance, is one of few places in the state that has the Alter-G, a unique anti-gravity treadmill that allows athletes to run while they are still injured by minimizing the amount of body weight that’s applied on impact. Can you explain a little bit about the treadmill?

Silva: The Alter-G is great because we can take up to 80 percent of your body weight off your legs while you are running. Let’s say you have a knee pain and at 70 percent of your body weight you can run pain-free. We can start you there then slowly add weight on as you are recovering. We can also find out how fast you have to go to get the same metabolic workout that you would have had if you were running on the roads. Also, anyone recovering from surgery will get walking sooner with the Alter G.   It goes 18-miles per hour. It’s the fastest treadmill in the state. We had sprinting state champions from Hope High in here doing sprint workouts on the Alter-G...they were moving.

MileSplit RI: Another interesting gadget at FOUNDATIONperformance, is an outdoor Elliptical Bicycle, the Elliptigo, which allows the same running motion without the impact. Recent Boston Marathon winner Meb Keflezighi endorses the bike. Could you explain the benefits of this bike?

Silva: It’s another form of cross-training. It is a non-impact way to get outside and get in a work-out.  We have a few of them for rent and sale at our Warren office.   Great way to add a work-out without the stress to your joints.  Another way we can keep runners moving.

MileSplit RI: Would you ever suggest to your clients to take total rest to heal an injury?

Silva: We try to keep our clients running if it won’t interfere with the healing process. Sometimes even cross training may be too much for an injury. Absolute rest in those cases may be needed.  With absolute rest your tissues can get weaker as you are healing.  Absolute rest doesn’t address the problem that got you hurt in the first place it only allows them to heal so I use it only if needed.  Relative rest with a PT program is best for healing, recovering, and preventing an injury from returning.

MileSplit RI: Lastly, how does it make you feel when you see your clients back competing again? Sheridan’s a great example of a high school runner that has returned to her old form after a devastating injury.

Silva: It’s awesome! Love it. I am happy for them because I know what they have gone through, what they missed, what they sacrificed, and how hard they worked to get there. It’s great to see and I am fortunate to have a job that allows me to participate in that.  It is why I started the business and it is what keeps me and my team pumped to come to work everyday. 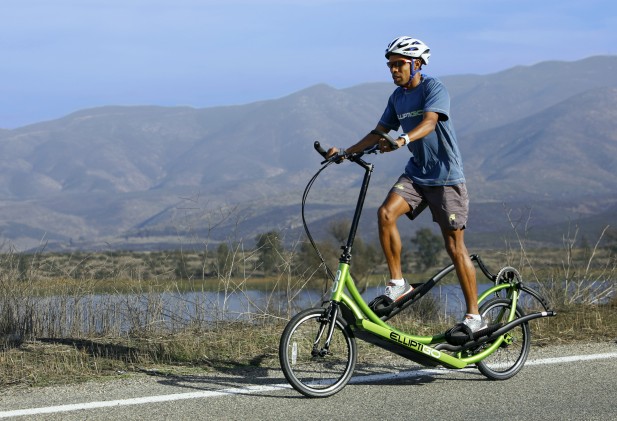