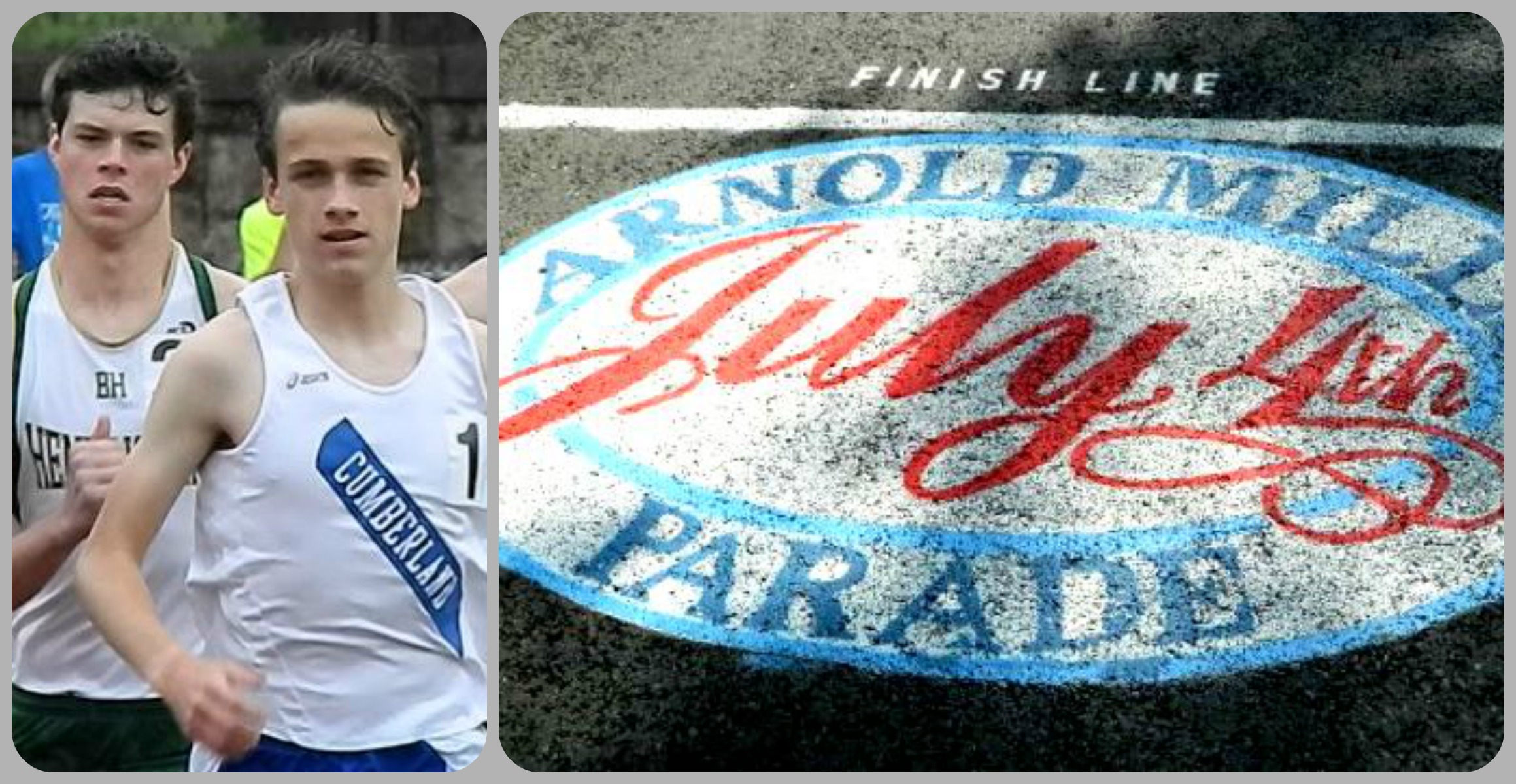 The Arnold Mills Road Race, one of the oldest footraces in New England, has thrived on its tradition with a considerable amount of entries from its hometown of Cumberland.

In terms of potential winners, it could be more of the same on Friday morning for the 46th edition of this popular race, which starts at 9 a.m. on Nate Whipple Highway near the North Cumberland Fire Station.

Among some of the notables that are scheduled to compete this weekend are former Cumberland all-stater Trevor Crawley and last year’s second-place finisher and recent Hendricken grad Colin Tierney. Both are capable of touring this moderately challenging course at close to five-minute pace.

Crawley just finished his freshman year at Providence College and surprisingly will be running Arnold Mills for the first time. With the race falling just a few weeks after peaking for the end of the outdoor high school season, he never felt ready to race at the hometown event.

“It’s a little different in college,” he said. “The season ends much earlier.”

The 19-year-old Crawley was informed by PC head coach Ray Treacy to use the Arnold Mills’ race as a tempo run, but if that pace puts him out front or near the leaders he’s not going to hold back.

“I was told to kind of tempo it, maybe a little more than 21 minutes,” he said. “If someone takes it out really quick, I’m not going to go out hard. But if someone is with me (in the lead), I am not going to concede (the race) either.”

One of those athletes that could be challenging Crawley if he’s up front is Tierney, the Columbia-bound runner that had his share of back-and-forth battles with the former Clipper great during their final few seasons of high school together.

Tierney was second in last year’s race to fellow Hendricken alumni Brian Doyle, a two-time champion. Doyle indicated earlier this week that he may have to skip defending his title, focusing instead on a pair of Narragansett races – the Blessing of the Fleet 10-miler on July 26 and the Bobby Doyle Summer Classic, the Aug. 10 five-miler that honors his late dad.

Tierney enjoyed a successful career at Hendricken and concluded it this month by capturing the state title in the 3,000 meters and then winning the New England crown for 3,200m. He has the capability to run the race in the 20- to 21-minute range, a time that could equate to a victory. In 2013, he was timed in 21:14. 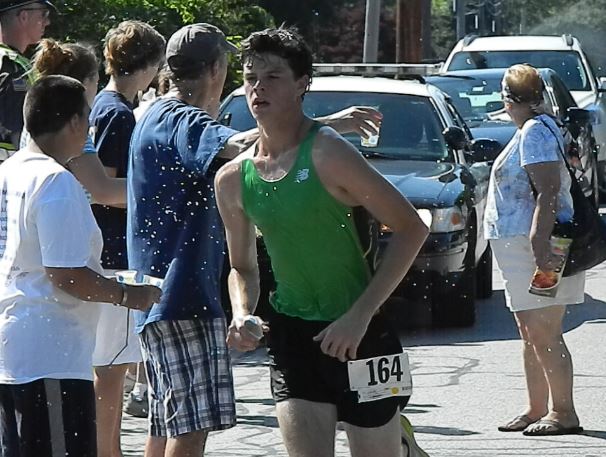 (Tierney en route to his runner-up finish in 2013)

“Last year I came in second and with Brian Doyle not running this year, unless some stud shows up, I can’t see why I can’t win,” he said. “My former teammate Connor Doyle (third last year) is in the race with me. I think we are going to go right to the front of the race and work together just like old times and take off with a mile to go.”

Even though he’s from East Greenwich and attended Hendricken, Arnold Mills is kind of a hometown race for Tierney. His father was a onetime all-stater for Cumberland in the 1980s.

“It’s a great race to go to,” he said. “Cumberland is where my dad grew up. He loves coming back here and seeing his old teammates and friends. They’re all out there cheering for me. I am going to go out there and see what happens. I won’t be upset with anything less than top five…  I should be right up there.”

Cumberland coach and race director Tom Kenwood also got word that Hartnett could be lacing up his racing shoes. The Columbia graduate, who now resides in New York, won the 2011 event with a 20:23 clocking.

You also can’t forget Magill, who has been running strong lately. The 41-year-old Cumberland resident copped his sixth title in 2012 and was fifth last year. On June 22, he won the master’s crown of the B.A.A. 10K with an impressive time of 32:54.

The course record of 18:25 would appear to be safe. It was set in 2005 by Lavallee, the first year of the current four-mile course.

The women’s division often attracts some quality competition, too. Kim Chula McGuire of Cumberland, was the first to cross the line at last year’s race. The 38-year-old runner finished 34th overall with a time of 25:47.