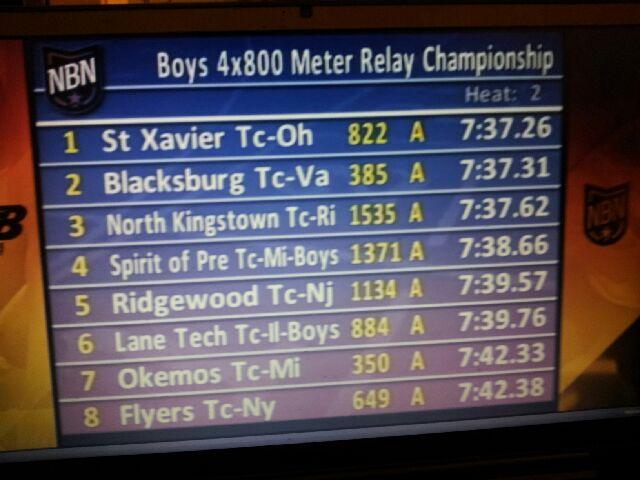 For North Kingstown's 4x800-meter relay to place among the top three at the New Balance Nationals this weekend, it had to show up with its 'A' game.

"These guys have trained so well for this event. We specilaized for the 800 because we felt it was going to be the race that would decide the state championship and it did turn out that way," said North Kingstown coach Charlie Breagy, whose squad defeated Classical at last week's state meet. "These guys have a lot of upside and so much more to do with their running careers. My entire coaching staff and I are so happy for them."

The Ocean State also fared well in the hammer throw. Barrington junior Adam Kelly was third at 219-03. He was followed by sophomore teammate and last week's state titlist Bobby Colantonio in fourth at 214-03. Moses Brown junior Owen Russell was fifth with a distance of 209-09.