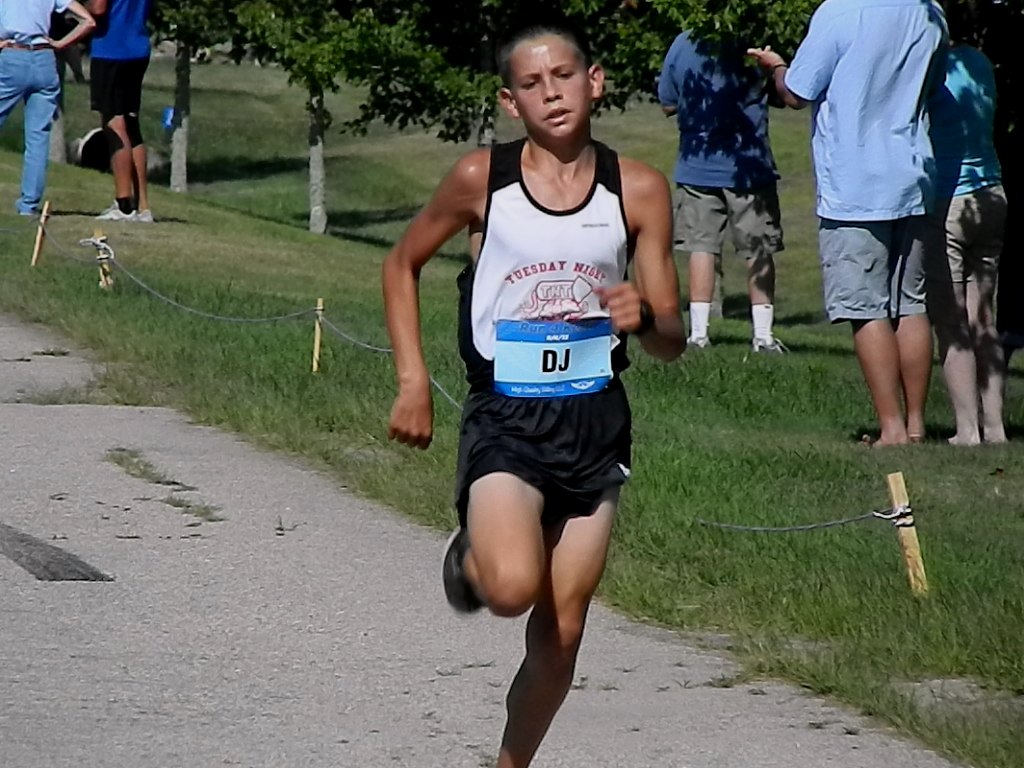 With a slew of talented runners returning, La Salle Academy is being touted as one of the favorites to snare the R.I. boys’ cross-country state title this fall.

One of those difference-makers could be the newest member of this year’s squad. He only stands 5-foot-1 and weighs less than 100 pounds, but promising freshman David “DJ” Principe, Jr., has potential to make a big impact for the Rams.

For the last few years, the 14-year-old Principe has been turning some heads with some incredible times on the cross-country trails, track oval and roads. By his standards, he had another one of those ho-hum performances Sunday morning in South Kingstown at the annual Run4Kerri Road Race. He placed 12th among the 650 finishers with a time of 21 minutes, 31.9 seconds for the four-mile race.

“I am in high school training right now,” Principe stated. “I wasn’t really sure how I would do coming off the high mileage.”

For a typical 14-year-old boy, averaging a 5:23 clip for a four-mile race is a remarkable feat. While it’s still remarkable for Principe, it’s not much different than what he’s already been doing  the last few years.

In cross-country at Western Hills in Cranston, the young runner was a two-time state cross-country champion and three-time All-American at the Junior Olympics Nationals. At the state meet this past fall, Principe established a meet record at Goddard State Park with a time of 9:58 for the 3K course, beating his closest competitor by 24 seconds! He followed that with a win at the New England Junior Olympic Championship and a fourth-place finish at the nationals a few weeks later. He also set a state record of 9:10.70 for the 3,000 by winning the outdoor states, a meet he also placed second in the 800 with a 2:11.5 clocking. (He was second overall in the 3K at last year’s Junior Olympic National Outdoor Championship with a 9:14.03 effort.)

How about this summer? Let’s just say, D.J. has held his own against Rhody’s best. He was fourth at the Gaspee Days 5K in June, two-places better than his performance at the popular race in 2012. Last month, the Johnston resident cracked 60 minutes at the Blessing of the Fleet 10-Mile Road Race in Narragansett. He finished 37th out of the 2,706 finishers with a time of 59:52.

This is just a small sampling of what Principe has done with a pair of racing flats on his feet. The future is brighter than the lights of Las Vegas for this young phenom. To top it all off, he’s also got a good head on his shoulders.

When asked about his expectations for the upcoming cross-country season with La Salle, Principe provided an answer that would put a smile on any coach’s face.

“Pushing for that team championship is a big goal,” he said. “Really, as long as I can do as much as I can for the team, I would be happy with that.”