The Bobby Doyle Summer Classic does more than pay tribute to one of Rhode Island’s greatest distance runners.

Since its inaugural year in 2008, the annual event has distributed a considerable amount of money to local high school teams (Rhode Island and Massachusetts) and youth running clubs through its Bobby Doyle Foundation.

Besides offering a $2,000 scholarship to a high school male and female track athlete each year, the foundation has also done several other noteworthy things with the money it’s raised. A few years back, it helped Narragansett High fund an outdoor track team and prevented McCourt Middle School in Cumberland from the possibility of losing its program. Other monies were used to provide uniforms and help fund out-of-state meets for schools.

“In five years,” said co-race director Jim Doyle, brother of the late runner that bears the name of the event, “we have raised $50,000 for grants and scholarships.”

The Bobby Doyle Summer Classic was originally just a five-mile race that took place on Saturday night. For the second straight year, the event will also hold a five-kilometer race and for the first time will not take place on Saturday. Runners and walkers will answer the gun on Sunday morning, Aug. 11, at Narragansett Pier Middle School, the start and finish of both races. The 5K will begin at 9 a.m., while the five-miler starts at 10 a.m.

Jim Doyle made the schedule change in an effort to draw more competition to the starting line.

“A lot of people have told us that Saturday night is a tough time,” he said. “We’ll see what happens.

Doyle anticipates the 5K event to draw most of the high school runners. With the cross-country season starting in just a few weeks, the race provides a perfect tune-up heading into the fall campaign. In last year’s event, Hendricken’s Michael Potter won with a time of 16 minutes, 22 seconds. The first female was 45-year-old Trish Hillery of Greenville, who was timed in 18:49. Barrington’s Julianna Portelli was best among high school runners, finishing third among females and 38th overall at 20:09.

Just like previous years, the top high school runners will earn the distinction as being the King and Queen of the Road. Students from grades 9-12 (and 2013 graduates) are eligible to win a free, customized warm-up jacket. New this year will be a Prince and Princess of the Road for middle school students from grades 6-8. The victors in that category will also receive a warm-up jacket. 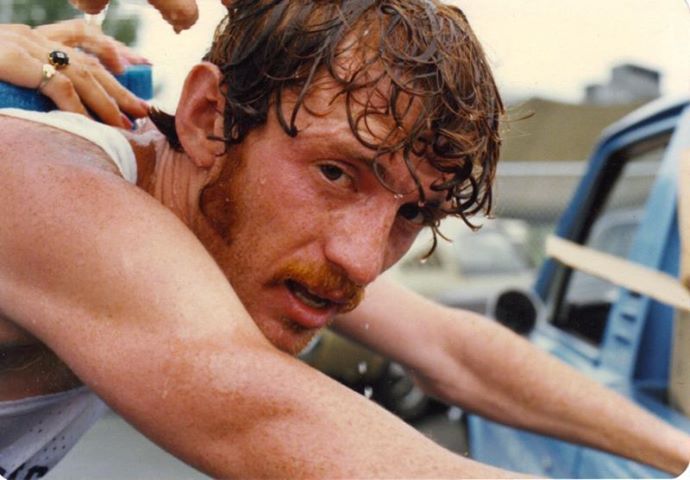 For students, the online registration fee for either event is just $15 until Aug. 8. The fee is $25 for adults. Technical T-shirts will be given to the first 1,000 entrants. If interested in running both races ($45 until Aug. 8), a “super person” Tech T-shirt will also be awarded. On-site registration will also be available the day of the race, beginning at 7:30 a.m. until 10 minutes before each race ($30 for 5K, $30 for five-miler, $50 for both). There will be food and refreshments and a post-race party for all entrants.

The five-mile event should provide some excitement. Right now, it appears the top two finisher in last year’s race are returning – individual winner Matt Pelletier of Warwick and former Bishop Hendricken star and Northeastern junior Brian Doyle, son of the late marathoner. Doyle recently finished second at the Blessing of the Fleet 10-Mile Road Race on July 26 with an impressive 51:10 clocking. Pelletier was sixth at the Yankee Homecoming 10-miler in Newburyport, Mass., on July 30 where he ran a fast 50:27.

There will be cash prizes to the top three overall male and female finishers in both races and awards in six different categories.

For additional information about the Bobby Doyle Summer Classic, go to www.bobbydoylesummerclassic.org.